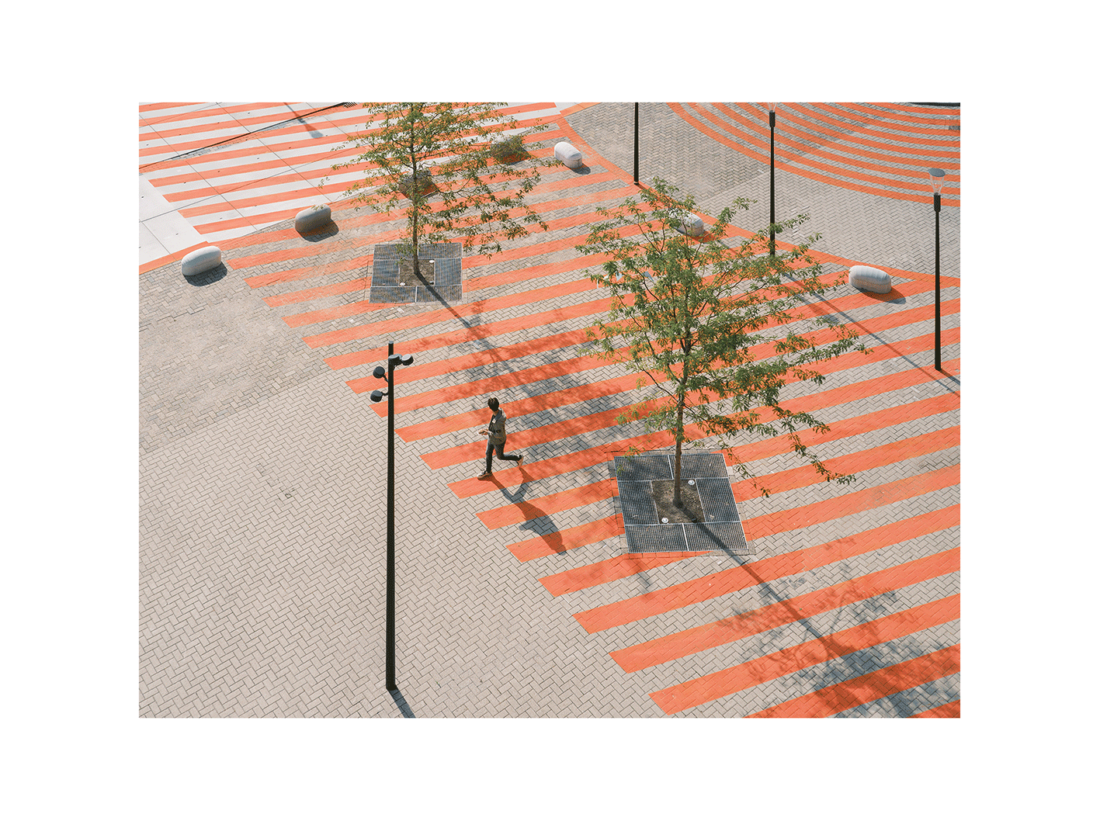 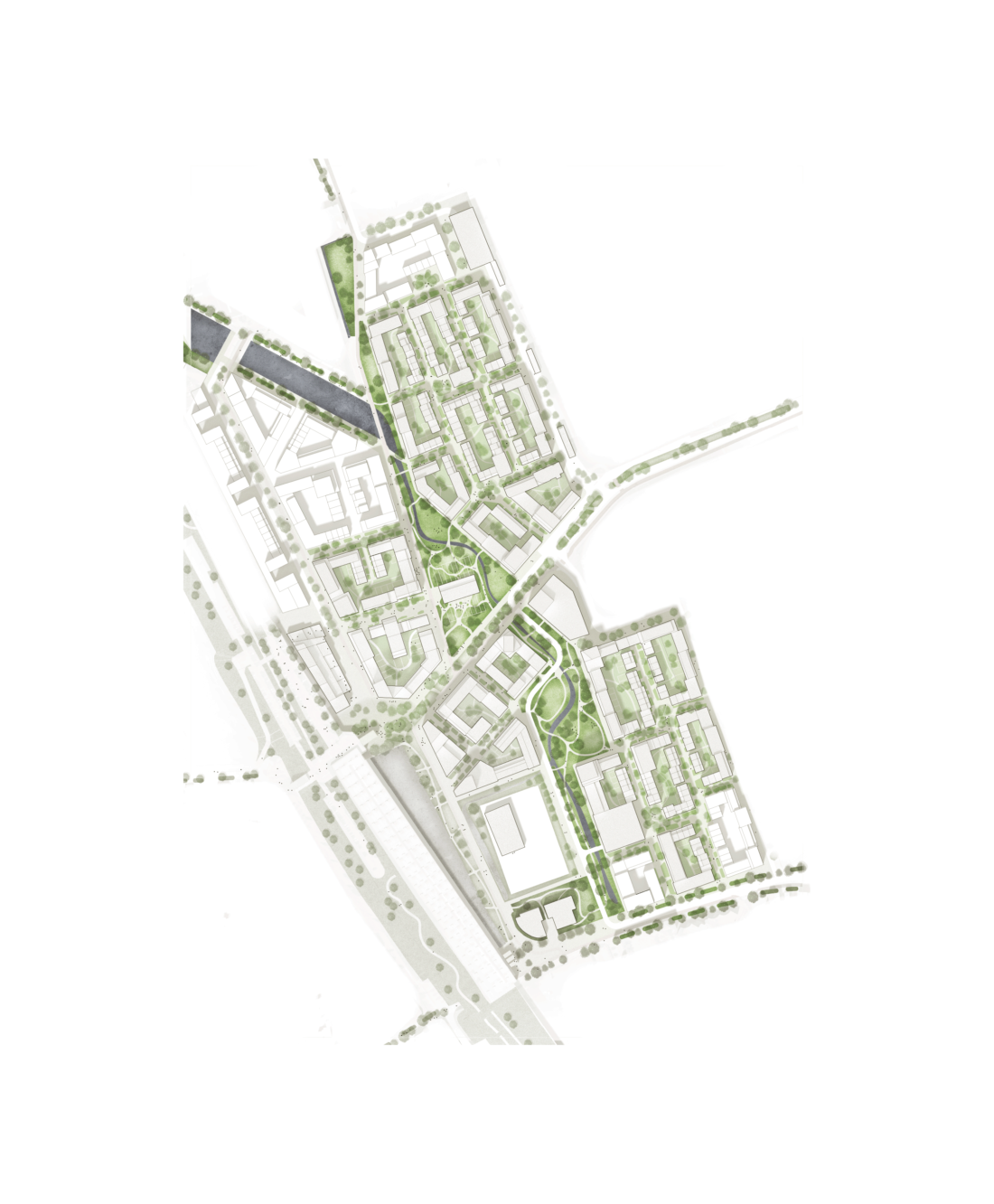 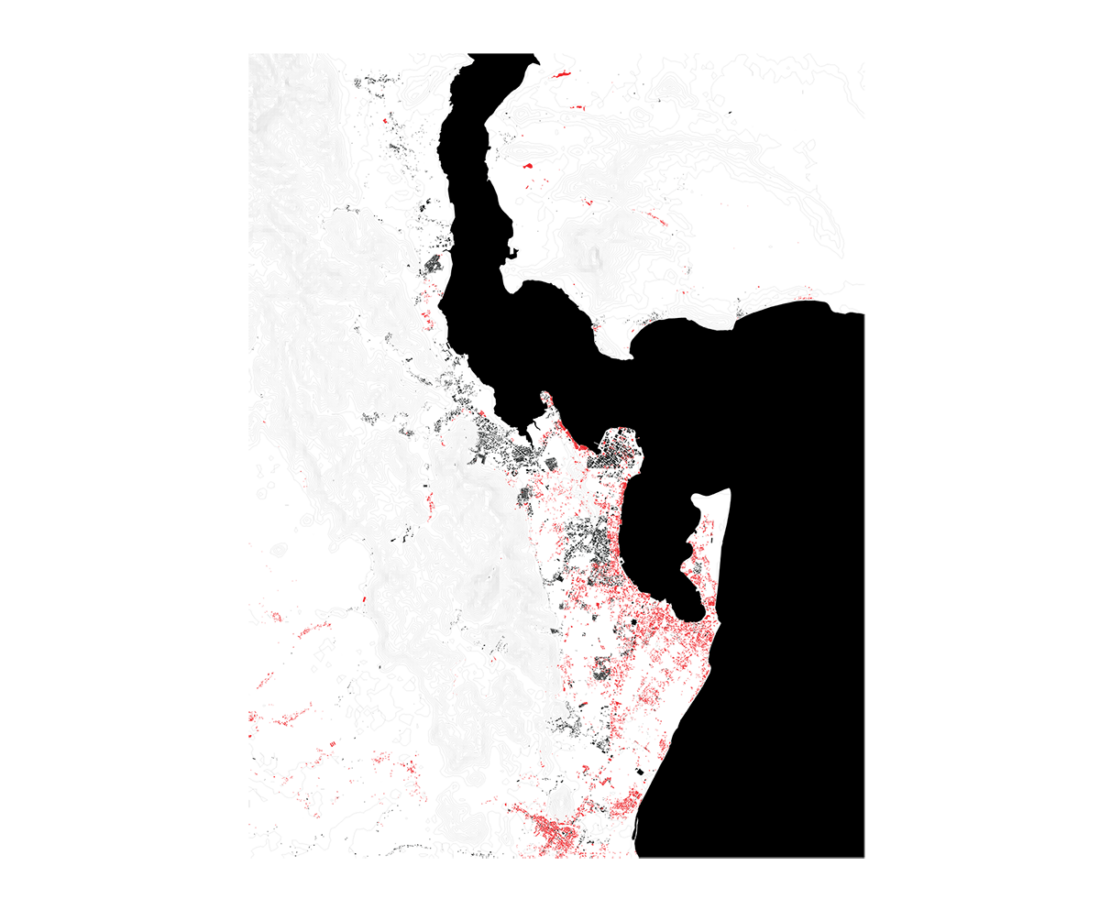 Tacloban was hit by a devastating hurricane in 2014. In the aftermath a decision was made to develop the north of the city and to relocate vulnerable households further from the coastline. The displacement of vulnerable communities, however, has time and time again been shown to create more problems than it solves.

Our office was part of the United Nations Urban Lab team that was asked to assist the municipality of Tacloban with the development of a climate change adaptation growth strategy. This was meant to incorporate the remnants of the original relocation sites in the North into a comprehensive urban plan.

The proposal is based on a 3-tiered approach. First it aims to stimulate growth in safe areas through the strategic investment in public road, water and sewage infrastructures. Second, the plan clusters amenities and educational facilities around well connected and safe intersections. Last, a clear drainage network will double as public space and environmental reserve, but also functions as a buffer during floods and storm surges. 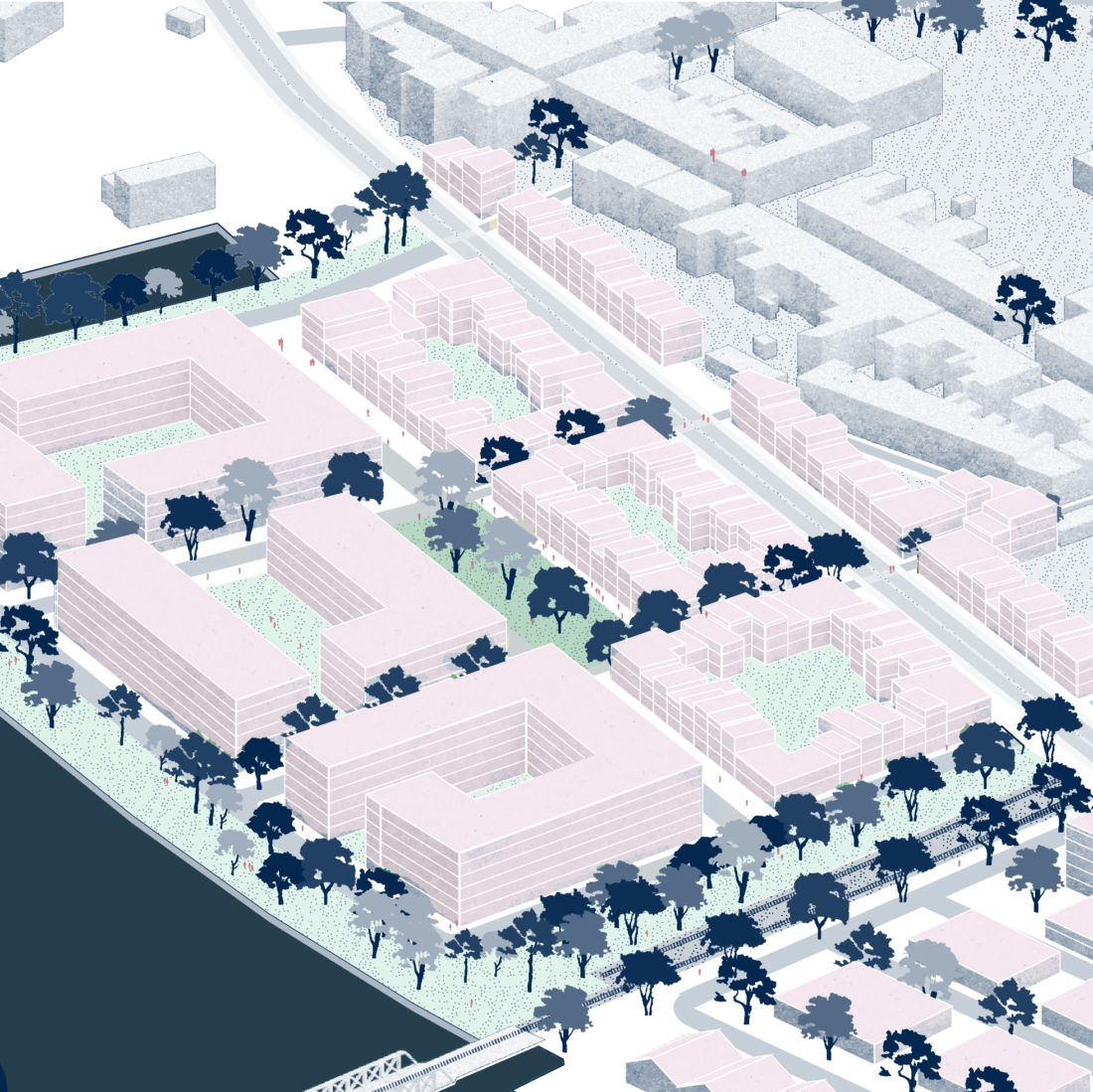 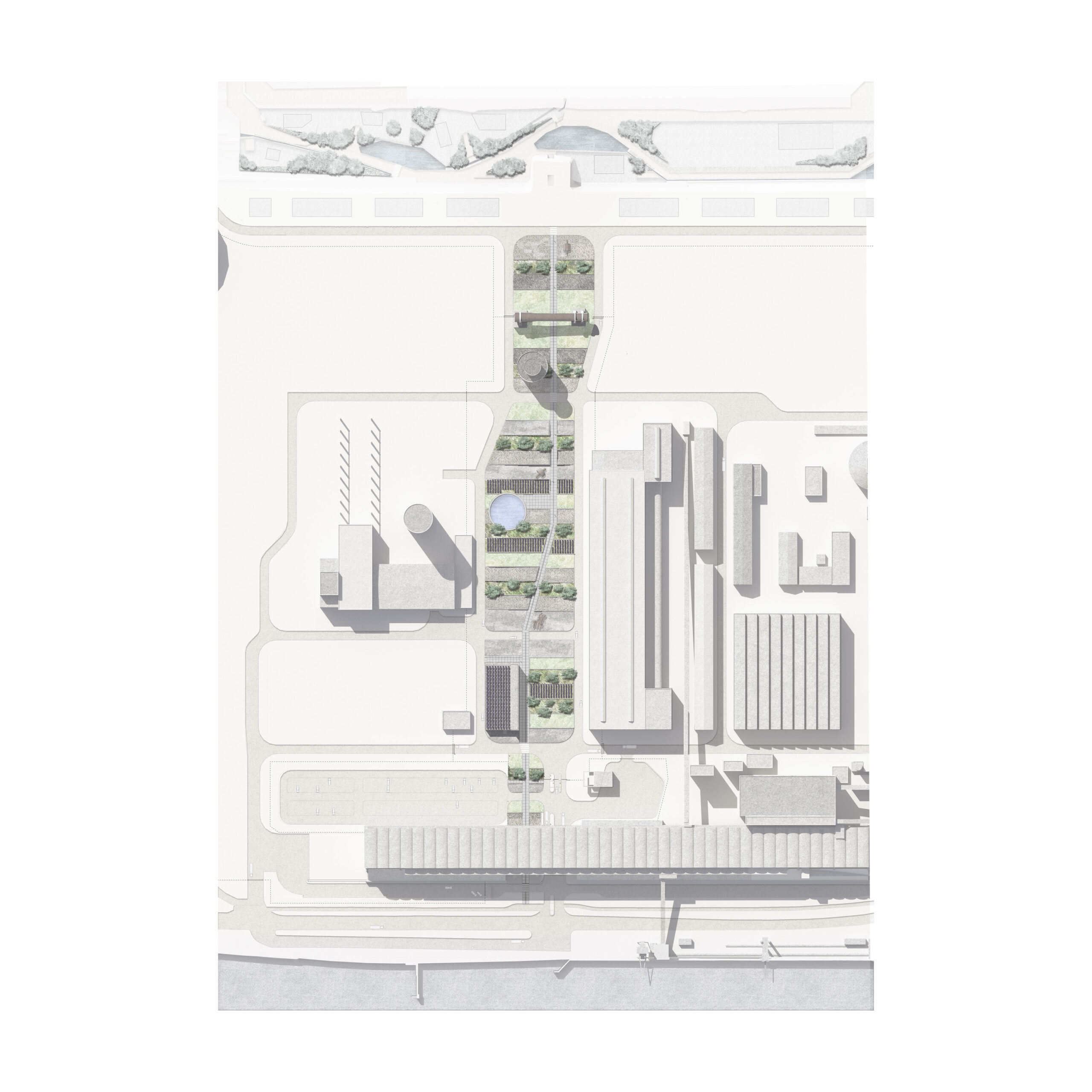 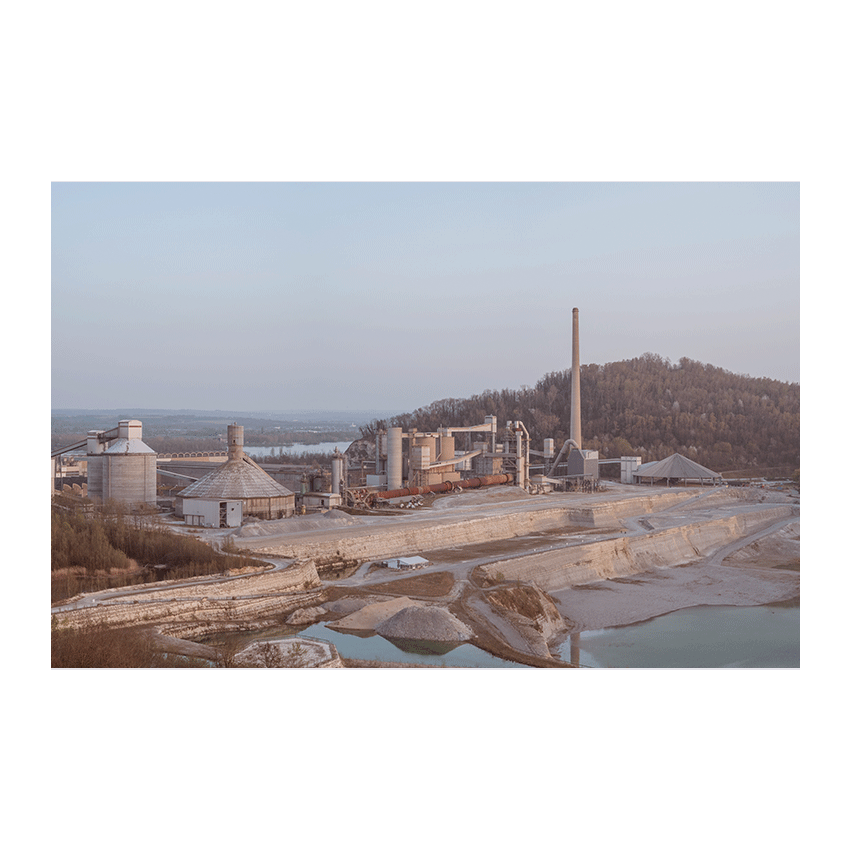 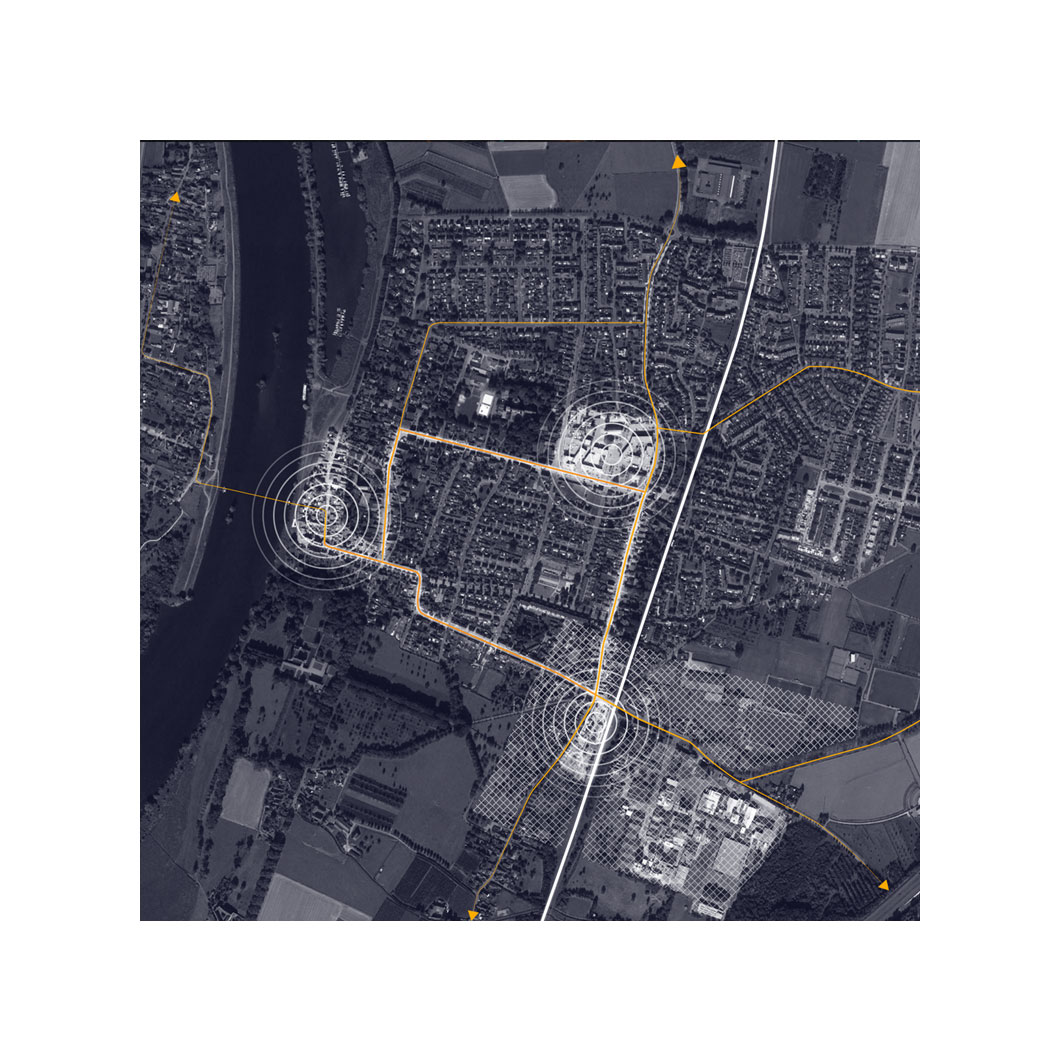 The development of mobility has a direct and indirect influence on the build environment and vice versa. The formation of urban agglomeration and multi city center urban structures are both cause and result of the rail and road network. Railway station areas are important spacial and economic nodes within these dynamic structures. The mobility landscape is continuously in change. In recent decennia the traditional role of a public transport node is slowly but steadily changing to the role of a general mobility node. As consequence of this transition, its relationship to the urban environment needs to be redefined.

In commission of the college van rijksadviseurs and in collaboration with the province of Limburg and the municipality of Eijsden-Margraten we have researched by the means of design research the possibilities of a train station in an urban periphery in the boarder area of the province of Zuid-Limburg. Here two scenario’s have been put forth in which the consequences of preservation en closure of the station by the year of 2040 have been researched and questioned. This research was conducted in context of a regional urban analysis on the impact of cross-boarder mobility, by the means of a tri-country train connection, which will bind Liège (L), Maastricht (NL) and Aachen (D) in the future.