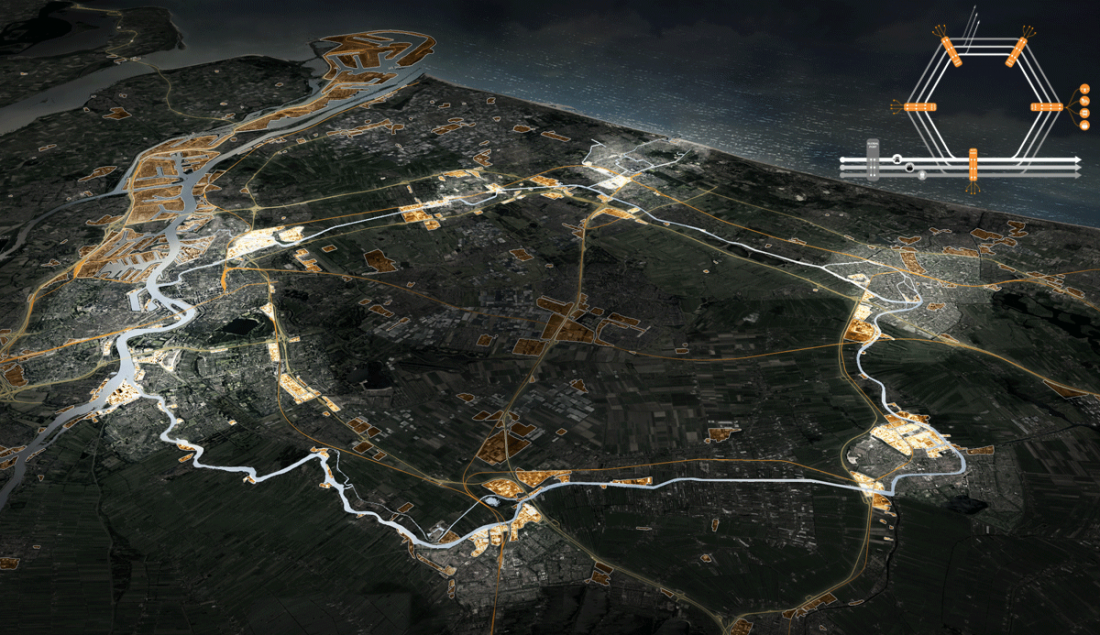 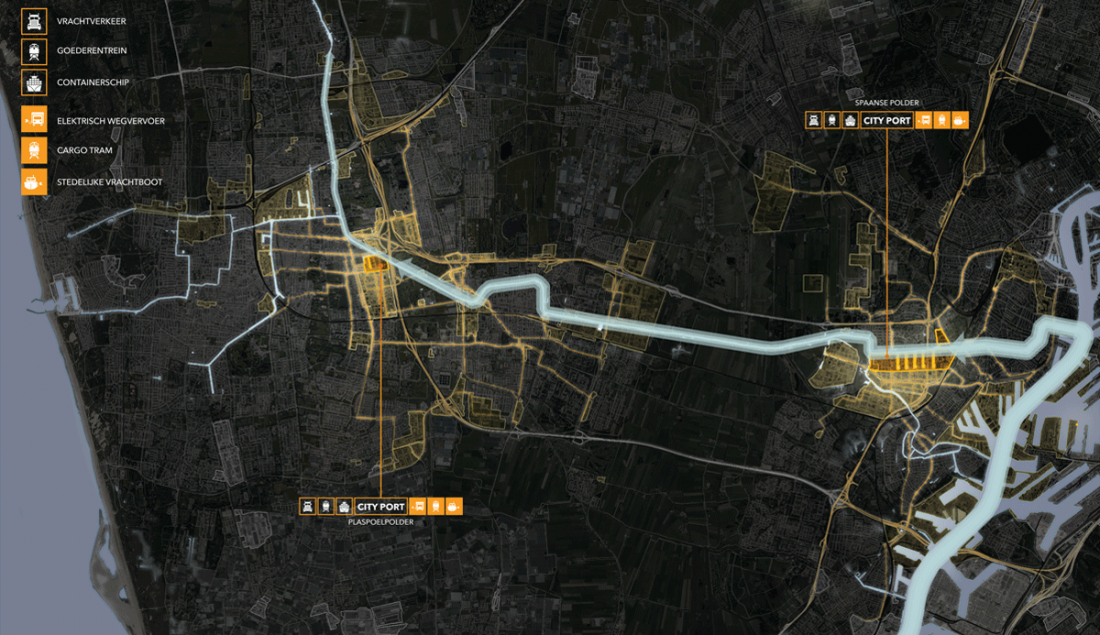 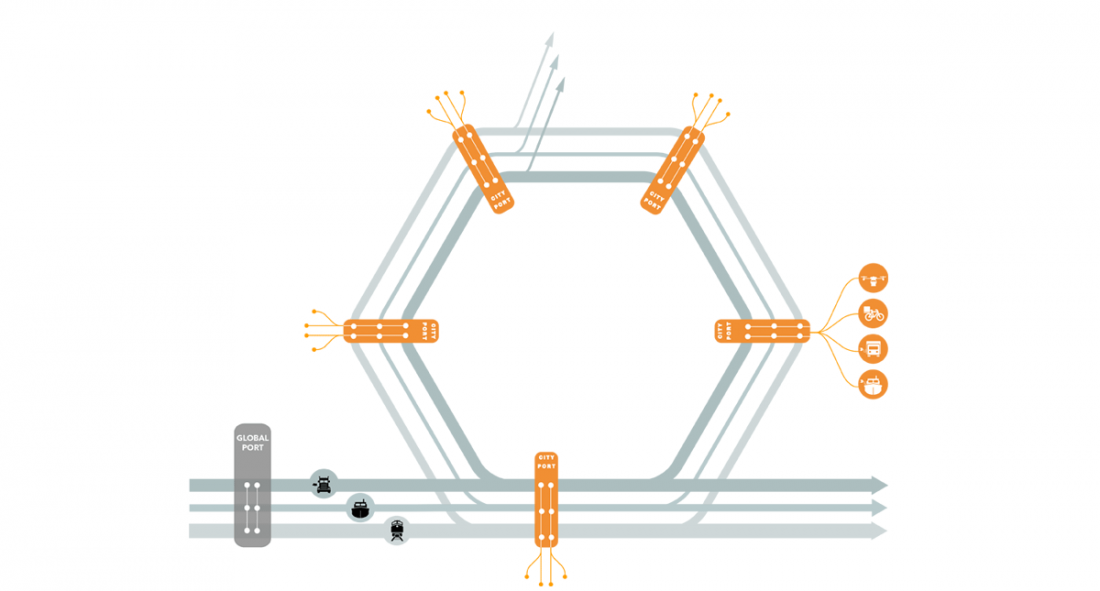 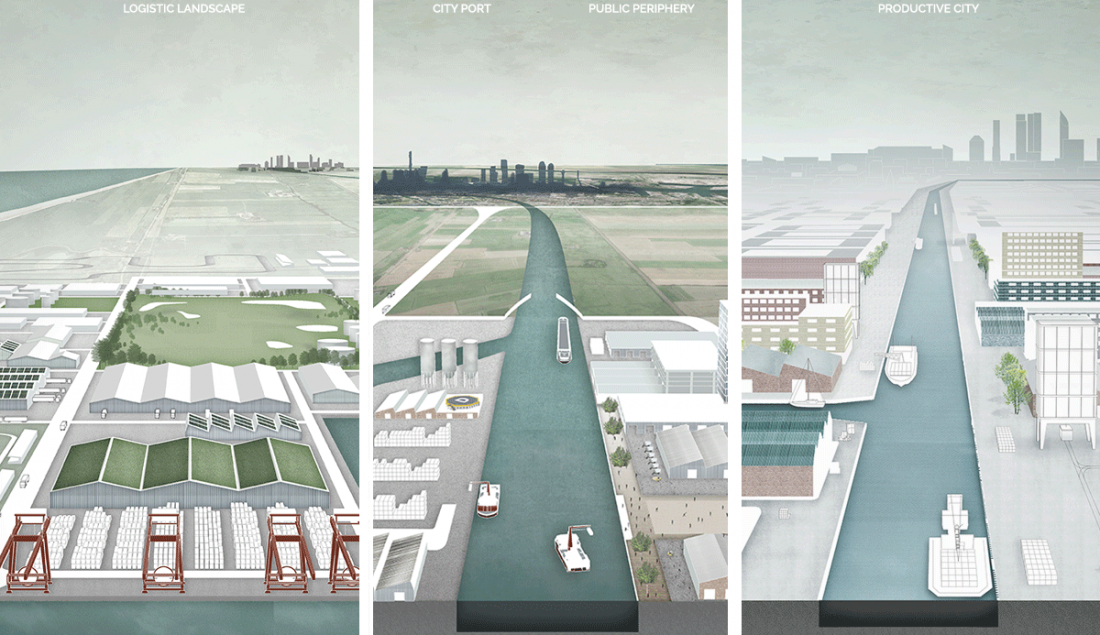 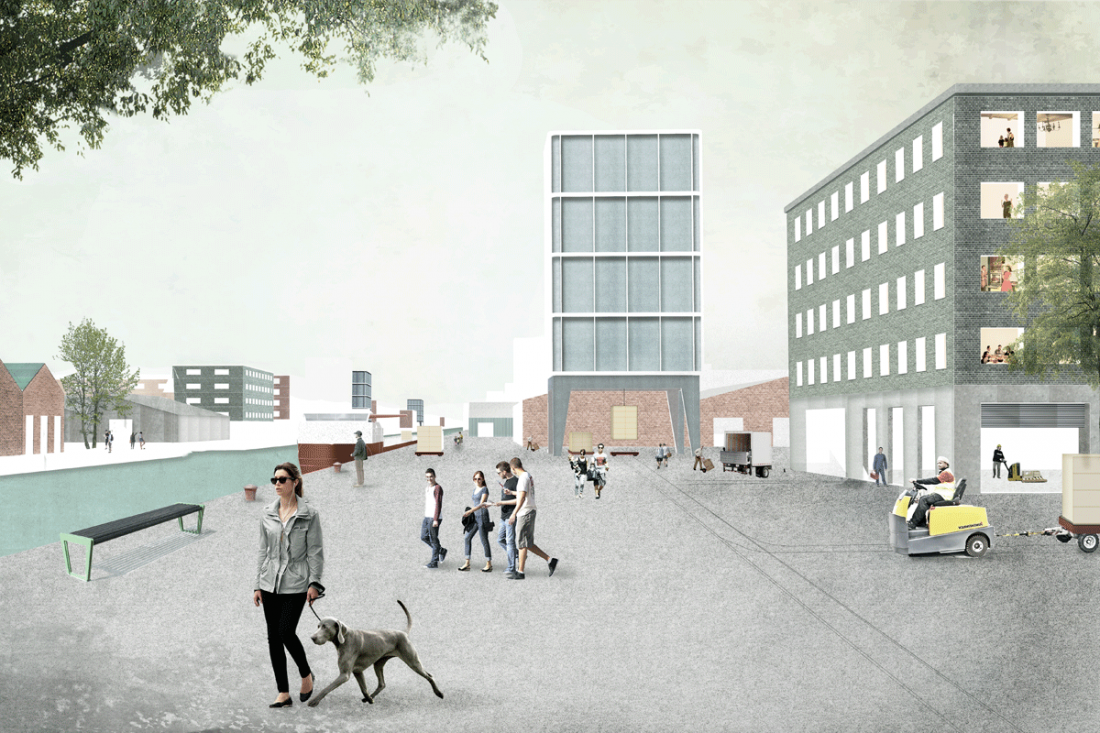 Business parks reveal the consequences of development that is guided by the relentless optimization of consumption and production processes. As such they hold a mirror to our globalized society and challenge many of our long-cherished conceptions of city and landscape. Nonetheless, or because of this, the topic is structurally dismissed in the debate among architects and urbanists.

This design research was commissioned by the Board of Government Advisors and the province of South Holland. The question was to look at business parks from a regional perspective. Instead of approaching the assignment as an aesthetic issue, we focussed on the underlying systems and mechanisms that determine the establishment of business parks, namely: environmental zoning, land speculation, and regional infrastructure.

Our proposal explores the opportunities of re-using the old waterways that formed the backbone of regional commerce in the past. “City Ports” are proposed as transfer hubs strategically positioned in between the massive logistic landscape of the port of Rotterdam and future cities where clean industries and housing could co-exist once again. This proposal thus establishes a regional basis for an urban and architectural task that seeks to gain control over the proliferation of business parks and to reintegrate parts of the peripheral economy into the urban environment.